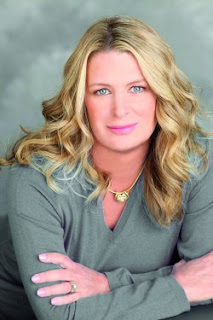 Kristin Hannah's sweeping WWII novel, The Nightingale, offers a narrative scope reminiscent of Anthony Doerr's All The Light We Cannot See. The novels are similar; both detail the horrors of war as well as the human beauty, the strength, that always prevails. Both tug at the heartstrings, leaving readers sobbing, sympathetic not only for the victims but for the brutes, the Nazis, many of whom were victims themselves, prisoners to a dangerous idealism and with families of their own at home. Both The Nightingale and All the Light are rare books, magnificent sagas that span time and space, generations, cultures, and languages. They're books that leave the reader grateful for the written word, for the power of story, and for the relative safety we Americans inhabit today.

Yet Hannah's work is different than All The Light, or any other war epic that chronicles men's experiences. Cold Mountain, The Things They Carried, Birds Without Wings, All Quiet on the Western Front, For Whom the Bell Tolls; these are the great war stories of our modern age, the many books about the soldiers on the front and the women who stayed behind. Yet so few attempt what Hannah has succeeded in executing: a well-written, expertly-researched chronicle of the women only, not the ones who "stayed behind" but the ones who watched their men, neighbors, and friends get torn away, who waited for the war to end and meanwhile protected their houses and land, their farms and children, paying for that protection with whatever they could muster: their words, their meals, their bodies. 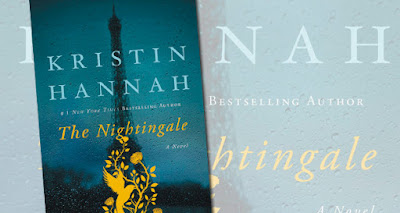 The Nightingale follows the lives of two sisters, Vianne and Isabelle, both French. From their small town of Carriveau, Isabelle jets around France, stealing through war-ravaged Paris and across the icy Pyrenees, hustling fallen Allied pilots across the mountains to the safety of Spain. She falls in love; she comes under fire; she gets shot at and interrogated, imprisoned in a special concentration camp for female traitors. Vianne, meanwhile, holds down the fort, protecting her children's lives with her own, watching as her town is decimated by soldiers. Her body is ravaged by hunger, illness, and rape. She commits an accidental betrayal, and her best friend is taken away to be murdered. She carries a Nazi's baby, gives birth, and never tells her husband the truth. Some secrets are better left untold.

Of war, Vianne remembers at the end of the book, the men tell stories and the women get on with it. Such is the style of The Nightingale; perhaps women have even more to lose in war than men, and so it's easier - healthier - to forget whatever traumas were endured than to keep them alive. Though Hannah is a storyteller more than a poet, her writing poses lingering questions that will resonate with any reader, of any gender or age: What constitutes a full life, and what constitutes a fair trade? What makes living worthwhile? Which secrets should always be kept? What do we as a society forget as the years go by, and what are we destined to relearn?

Get thee to a library, dear reader, and put your name on the list for The Nightingale. You may have to wait, but I can assure you, my lovelies, that it will be worth it.