There's been an absence of actual writing on my blog, and that's because I've been struggling with what to say about Patagonia. It’s not that I don’t want to share things with my beloved readership, for Patagonia was incredible; it’s that I've been afraid, because I know that a post about reaching Patagonia won't be like any other post.
Esquel, a small city four hours south (by bus) of Bariloche, was the last city Paul reached. The Old Patagonian Express, literally, brought him there on rickety tracks. I, on the other hand, flew into the tiny Esquel airport from Buenos Aires with my father and brother. And although we took a twenty-two hour bus ride back to Buenos Aires, and although there have been times when Paul has flown and I have ridden many hours over dirt roads, I still feel a twinge, knowing I wasn't on that last train.
It’s how I began eleven months ago; flying into Guatemala City, though Paul had taken the train. Esquel happened so fast; the wheels touched down and then the desert was everywhere. There was the rush of pictures we snapped, standing in the wild airport wind, and the air traffic controller who ushered us on. The purple gray of ash, the ribbons of loose, brick-red stone, and the blotted blue of the enormous sky. The same snowy strip of peaks Paul gazed at. That was all, and then we were hustled away.
Paul described it like this: “Ahead,” he wrote, “there was a succession of hills, whittled and fissured by the wind, which now sang in the bushes. The bushes shook with this song. They stiffened again and were silent.”
*
Although his book was, in part, the inspiration for my year in Latin America, Paul and I are not connected in the way I’d imagined we would be, having followed his route for so long. I now realize we’ve had different goals and different means, and in forty years so much can change. I think I just kept waiting, as I made my way down and compared my experiences to Paul's, for some epiphany, some moment when he felt and saw exactly what I felt and saw, but that never came and I know now that I shouldn't be surprised. A man’s experience traveling solo will always differ drastically from a woman's, but beyond that, Paul and I consistently made different choices about places, and took away such different impressions. We are different people, and that helps me to feel less sorry for missing the particular Patagonian silence he described.
Anyway, haven't I known other silence? Haven't I listened alone to the wind, the way it shifts and pauses, so many times? And didn't I always know that I could never travel the way he did, fast through every town and forest, and over, without stopping, every peak? His relationships were fleeting ones (well, with a few admittedly notable exceptions, and a nod to Borges). Paul never entered a rural school on his way to Patagonia; he never walked a dirt road to a mountain town.
So hadn't I better ask myself, instead, what Mary Elvira Stevens would have wanted? What would have mattered most to her? The fellowship's parameters state that "preference shall be given to persons with good temper and a natural generosity of view when confronted with alien conditions, common sense in observing and comprehending social, economic, and political situations, a strong desire to travel, and a deep love of beauty."
Have you done your best to keep your cool? Mary might have asked me. I imagine she was a woman with a little glimmer in her eye, a little streak of wildness behind the put-together, old-school Wellesley exterior. Have you shown common sense? And I would admit to her that I have, almost always. I think she'd understand that. Have you wondered, have you explored? She’d ask, a smile playing at the edge of her mouth. Have you read, have you learned?
And I would tell her in reply that this year, I’ve opened so many doors. I have laughed and wept to extremes. So many things have caught my breath; so many nights I’ve spent alone. But above all that, I’ve been so lucky, I would tell her, to have fallen in love so many times, with so many streets and forests and markets, and with so many people. I've seen so much beauty, I can promise Mary that, and I can only hope, now, that some of that graces the page.
As I’ve written before, the year’s not over. My life, for now, is in Buenos Aires, where rain beats on the roof in the night, turning the grass in the morning green. It’s a city of trees on the sidewalks: weeping willows in Palermo and the ten-story-high jacarandas that line my Barracas street. The light, now that it's springtime, seems always to be luminous, ethereal and muted through the leaves. In the evening the cobblestones look golden. I try not to count the days I have left, but instead to wrap the city around me. Walking the streets, I'm a breath and nothing more. I feel almost wild with freedom, and my sleep runs thick with dreams.
*
So thank you, Paul, for your map and your book. Thanks for reminding me there are trails across continents, and that sooner or later, you can get almost anywhere. I hope our routes cross again someday, and I wish you the best, wherever on this planet you are.
I’ll end these musings, for now, with a quote I am shamelessly stealing from Christine’s blog. The following comes from Jhumpa Lahiri’s 1999 short-story collection, The Interpreter of Maladies.
“Still, there are times I am bewildered by each mile I have traveled, each meal I have eaten, each person I have known, each room in which I have slept. As ordinary as it all appears, there are times when it is beyond my imagination.” 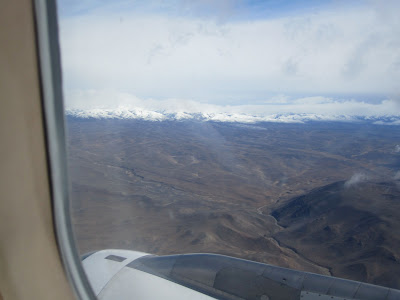 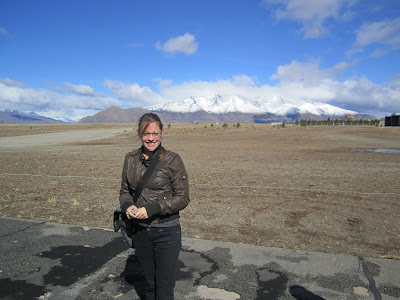 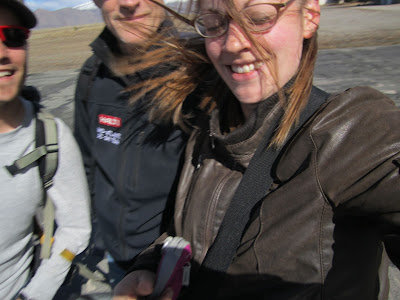 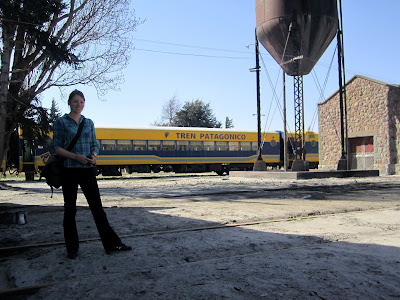