Below are some snapshots of Sucre's gleaming colonial center. Sucre's located, oh, I don't know, about three long bus rides east of La Paz, and because it's set in a valley, it enjoys a nice mild climate and lots of beautiful fruits and veggies. If you can forget for a moment that Sucre was once the most important city in Latin America, and now is a nearly forgotten destination in Bolivia, where beggars cram the streets and tourists blunder around, you can appreciate the gorgeous white walls and cathedrals. It was warm in Sucre, the air smelled sweet, the produce was bountiful, and the ladies in the market served me up this yummy corn breakfast drink while their dishwashers snickered at me because I am a gringita. And then they gave me flaky, airy empanadas, and charged me about fifteen cents for the whole shebang. I've discovered that you can learn more about a city like Sucre by visiting its market than by visiting its museums, which are more often than not staffed by gruff men who never have change.
Am I jaded by all of this travel? Have I been reading too much of Open Veins of Latin America? Regardless of the answers to those rhetorical questions, I loved strolling Sucre, even though some of the poor men crumpled on the sidewalk made me weep. There's nothing worse, is there, than seeing about three tons of gold inside a cathedral, and then passing outside a long line of old ladies with no teeth and no shoes who are begging on the ground. 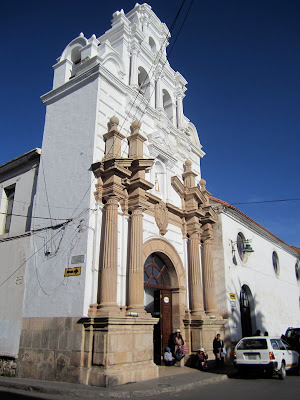 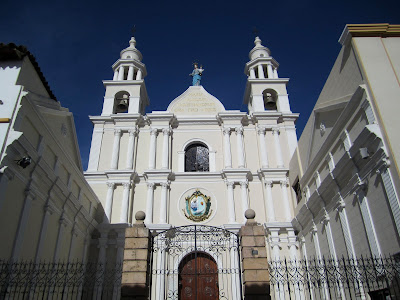 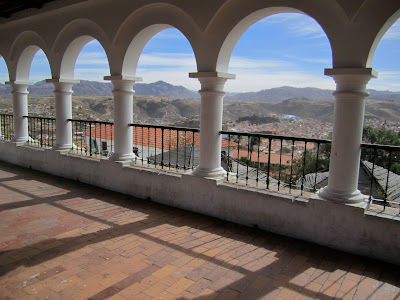 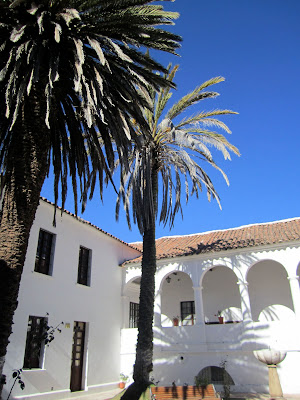 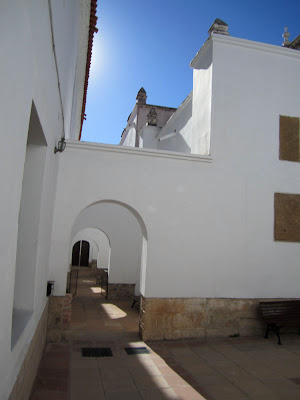 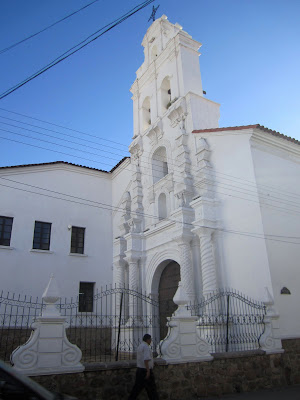